Store It All On Your Run With FlipBelt Crops!


"Disclaimer: I received a pair of FlipBelt crops as part of being a BibRave Pro. Learn more about becoming a BibRave Pro(ambassador), and check out BibRave.com to review find and write race reviews!"

I am always on the hunt for a great pair of running crops. I literally scour the racks at every single store I go to, looking for the softest and flattest seams possible. TMI time- I’ve had a problem with chafe recently and I was REALLY sick of it.

Enter the FlipBelt crops. I received a pair as part of being a BibRave Pro and I am so thankful that I did. As soon as I opened the package I was so impressed by how soft these crops were. I put them on right away and haven’t wanted to take them off since. As soon as I put them on it was like I wasn’t wearing anything. Not only are these crops super soft, but also they’re as light as air.

I wore them a couple of times without anything in the felt portion just to get a feel of how they felt/worked for me. I was so excited to do 9 miles in them right out of the box without any type of discomfort or chafe. After a few more short runs in them with my phone in the back pocket and key clipped to the ring, I decided to try them out for the Rhode Races Newport half marathon. I was a little nervous to transition them to race day since I’m pretty particular about my kit, but I took the plunge. 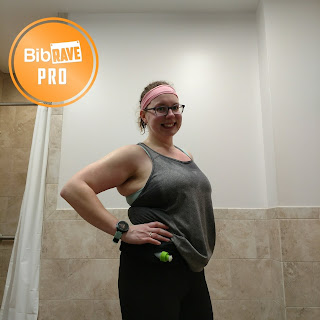 For race day I had my phone in the back, car key, and a FlipBelt 11oz water bottle. Statically, the crops felt great. I was used to how a regular FlipBelt felt and the crops felt just as good and secure. However, as soon as I started to run the waistband started to fall. I normally wear a Large in any type of tight, which is what I got for these crops. These crops are extremely soft and stretchy, so I feel like I might have had more success with the water bottle addition if I had a Medium instead.

Despite them slipping a bit on race day, I’m so excited to have these in my arsenal especially for shorter runs where I don’t necessarily need water. I would highly suggest getting a pair, however think about sizing down if you plan on carrying a lot (phone, keys, water bottle, etc) in the many pockets just so you don’t get slippage.

Use code “BIBRAVE” to get 25% off the FlipBelt Crops for a limited time!

Popular posts from this blog 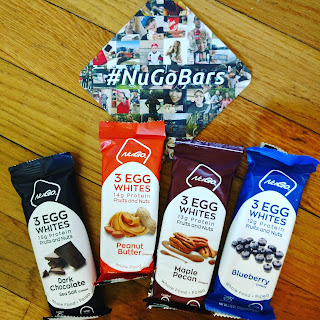 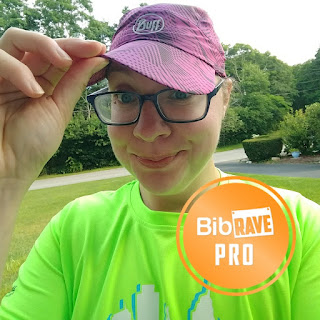 Disclaimer: I received a BUFF® Pack Run Cap to review as part of being a BibRave Pro. Learn more about becoming a BibRave Pro (ambassador), and check out BibRave.com to review, find, and write race reviews!

For my entire running career I've firmly been in the "no hats" camp. I know trucker hats are all the rage and I have tried to like them and have worn them on a couple of runs when it's been really rainy, but my head overheats so quickly! I'm purely a headband only type girl.

When I got the opportunity to try the BUFF® Pack Run Cap  through the BibRave Pros I was honestly on the fence about it at first. I knew I wasn't a huge fan of hats, but when I did a little more research I decided to give it a go and see if I could be swayed.

BUFF® is known for their innovative products including the tried and true Original BUFF® as well as all of their other products that incorporate the newest and most innovative technical fabrics. Of their Pack Run Cap, BUFF® says …
Read more

Athlinks, Organization At Its Finest